More Pain in The Short Run: A Good Report

A “good report” is not so much news that makes us feel good about something; it is a report that is accurate, true, framed in proper context, and helps us respond properly. Like all of you, I emotionally like good reports more than “bad reports,” but over the years I have tried to train myself to seek the more mature form I have just spoken about. It’s a good report if it helps me respond wisely. That said, I will try and share with you a good report to the best of my ability. 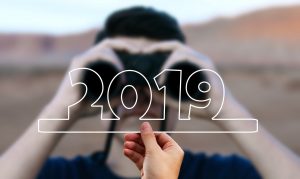 Firstly, 2019 will be full of social division and conflict, possibly even more than the passing year. This is inevitable because we still have not gotten to the bottom—that is, gotten to the real issues and matured conversations of so many dividing matters. We can’t heal what is still breaking; ask our forefather, Adam. What we’ve learned is that we can’t tame an animal or solve a problem until we can properly name or describe it. That was God’s first lesson for Adam, and the vast amount of humanity still doesn’t get it. Confusion and division won’t go away until the “new conversation” seeks truth and root issues, not power.

Secondly, preserving our personal lives from the surrounding social conflict will become even more important than was in 2018. The external noise is becoming ever-more demanding. This too is no surprise. It is being generated in the spiritual realm because the Powers that be (Ephesians 6:12) smell “blood in the water.” Their opportunities for inciting global conflict are similar to that of the nations in the 1930s. I would love to unpack this but not now. The point is this: Just like a new, “flat” world emerged from World War I in the 1930s, our current, even flatter world has given the nations amazing new disruptive strengths and challenges. These more intense levels of social warfare are designed to create over-stimulated, angry citizens who move towards becoming more passive citizens and all the easier to control. Here is something to ponder: All this focus on “diversity” and “tolerance” will ultimately bring us to a place of being a more controlled people as we are shamed into silence and learn to stop speaking our convictions out of fear of offending others. Master fighters are frequently doing the opposite of what they may appear to be doing. Therefore, our personal lives must be strategically walled-off; we must make time for sanctuary moments and focus, re-engaging the battle more by personal choice than social demand.

Thirdly, the power clashes will become ever-more explosive since the massive corporations are becoming more and more powerful through assimilation of “smaller fish,” increasingly strategic social manipulation, and more effective lobbying. Indeed, the world’s top corporations have accumulated much more GDP power than all but the top 8-10 nations out of nearly 200. Put another way, a combined few corporations could buy out all the nations except the Group of Seven (G-7). While not often discussed, it takes us back to the evasive skill sets of master fighters. A “flat world” (a common set of core social-economic issues) can only economically remain flat if it has fewer and fewer diverse players and more and more consolidated giants to flatten everything out. I hear the sound, “diversity, diversity,” but I am watching the hidden hand continuing to put small things in a few big bags. Selah.

In the cosmic picture, this is genuinely good news because it means that the world system is maturing unto harvest which also means that God’s ekklesia, though it may not appear so now, is about to be pressed into a new level of maturation and harvest as well! In this, I find rest amidst the work on the skill-sets. Perhaps these musings will serve you to see and hear good news amidst the hellish noise. It is my goal and hope that the following Scripture will give you a new BOTTOM LINE as well:

The slaves of the landowner came and said to him, “Sir, did you not sow good seed in your field? How then does it have tares?” And he said to them, “An enemy has done this!” The slaves said to him, “Do you want us, then, to go and gather them up?” But he said, “No; for while you are gathering up the tares, you may uproot the wheat with them. Allow both to grow together until the harvest; and in the time of the harvest I will say to the reapers, ‘First gather up the tares and bind them in bundles to burn them up; but gather the wheat into my barn.’” —Matthew 13:27-30