Home / Bottom Line / We All Matter

Recently, we have lost to eternity two very special brothers connected with us and our work at SCS. The first was Andj Li. He and his wife, Dorcas, have been pivotally important in the spread of 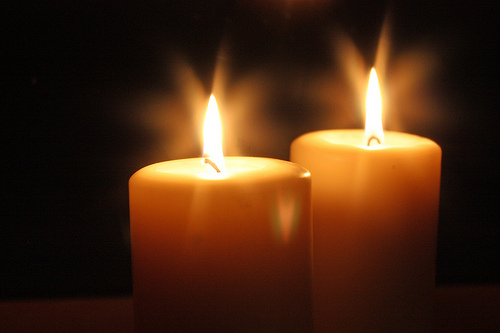 our work in Asia. Andj was (is) an extremely bright and well-educated brother whose unique understanding of both my writing and the Chinese language was a severe loss. The other brother, Don Carlson, was familiar to many of you and faithfully and expertly did all our major sound and recording work for SCS over the last twenty years. Both were fully committed to God, their families, and God’s Kingdom work on the earth. Eternity’s gain leaves two significant gaps on this side. Neither had reached even their sixties.

So what is to be said of «premature» deaths or the deaths of active, honorable men and women doing really important things for Christ and His Kingdom? Whatever we say, obviously, God cannot be faulted for choices He makes based on knowledge and strategy to which we have little access and questionable knowledge. This I can say: when we get to eternity and are partakers of His reasons, we will agree with His choices and decisions. Having faced this reality now a number of times over the span of my life, I can also say this: I believe that «heavenly crowd of witnesses» (Hebrews 12:1) is far more active and related to God’s current work on this side of the equation than we have any idea. I personally believe both effective ministry, prophetic input, and meaningful intercession is active on both sides.

That being said, what we all can say, free from speculation, is that we all matter. As the great English author John Milton observed, «they also serve who only stand and wait.» The Scriptures illustrate this truth in many ways. David’s «baggage-watchers» received the same portions as the engaged warriors (I Samuel 30) and Paul goes to great lengths in I Corinthians 12 to illustrate the value and necessity of every member of Christ’s body. Those who cannot see this reality will be shocked later. The so-called «butterfly effect» so commonly addressed by the environmentalists function nowhere with greater strength than in the building of any effective social structure or community.

If hindsight is indeed 20/20, then true insight is certainly telescopic and microscopic. It sees the big picture and it sees the inter-related parts that function in often-hidden ways. We will sorely miss our departed brothers, but their unique value remains whether it be here or there. We all matter and we all contribute, and that is… THE BOTTOM LINE.