The 2014 Elections: Yours Not to Lose

As many of you around the world know, we are about to experience our mid-term elections of Congress here in the US. As some of you also know, there is a common dictum swirling around that says, “There are two political parties in Washington: the evil party and the stupid party.” It shouldn’t be too hard to figure out who’s who—the liberals raid the treasury and centralize the world while the conservatives manage to offend, talk to themselves, and snatch political defeat out of the jaws of political victory by sheer oafishness. Well, here we go again, sports fans… Will the Republicans manage to, once again, squander away their obvious political assets vis-à-vis President Obama’s seemingly tattered record, or can they, by acts of divine grace, actually prevail? 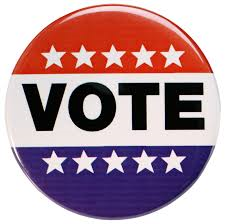 If I were to advise the Republicans (perish the thought), I would advise them to say very little and let the records speak for themselves. They have a plethora of Democratic missteps to work with. However, I doubt if they can do that since some politically inarticulate Republican will almost certainly give the liberal media a cringe-worthy gaffe to exploit. I’m sorry for the cynicism, but really, it has happened all too often. Petting the cat the wrong way in public seldom works to engender confidence. Yet, once again, gaining a congressional majority is there for the Republicans not to lose.

Now to be more serious. In sports, as often in life, playing not to lose is frequently a sure-fire way to lose. Playing defensively only works if you have an offense that can score more points than your opponent. You cannot defeat something with nothing. All the Democrats must do to off-set their significant blunders is keep asking one question multiple times in multiple ways: “What is your specific plan to change what you’re criticizing?” Unfortunately, that is our common dilemma. Neither party is clear enough on solutions, even incremental solutions, to our biggest problems so as to create both public, and hence, political consensus. So, we muddle on as the problems magnify.

It is easy to be critical in a post-modern world where true solutions based on historical results are viewed as simply “someone else’s opinion” or “another power trip of those wanting control.” In a world where western public education cares primarily about students left behind and validated, we are headed for a perfect storm. Here is my political weather report: Massive political fragmentation and economic strife driven by a dumbed-down political constituency, focused on blame, envy, and short-range thinking, interspersed with showers and snow flurries of wanna-be “saviors” whose real power is the manipulation of social media. But, the Son will shine, and that is… THE BOTTOM LINE