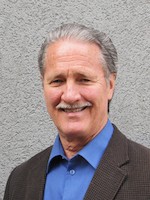 Barack Obama is an extraordinary man on multiple levels. He is bright, tenacious, highly strategic, and has the magic ingredient of astute political instincts. His climb up the Chicago political ladder showed that he was pliable, resourceful, and willing to claw his way to the top as he climbed over one of his key political mentors who brought him into the game. Trained under the heavy influence of Sol Alinsky, the premier guru of the 1970’s left-wing political guerilla tactics, Barack is no fool, and suffers none. He is, according to the report of some who have worked with him, a “velvet-covered fist.”  He is also the strangest “man of mystery” to ever rise to the American Presidency.

A genuine political ninja, Mr. Obama has left a scattered trail of apparent “nothingness” behind him. Consider the following reported vapor trail which has been noted by a number of writers:
·        Little is reported of his record as a student, or teacher.
·        Little is reported of his financial support systems as a student and beyond, including some Middle Eastern figures who appear to have been involved.
·        Controversy surrounds his exact relationship with a number of left-wing and former radicals of note.
·        His speeches are masterpieces of powerful phrases and non-existent specific “how-to’s.”
·        He has separated his personal from his political policies as no one I have ever seen at any level politically. It is almost as if he can be two people at the same time.

If President Reagan was «The Teflon Man,» Barack Obama is «The Phantom of Foggy Bottom.» While his stated policy goals have been relatively forthcoming, he is very careful to have avoided a specific set of statements on his political ideologies. To this day, he «does left» but appears more pragmatically so, rather than carrying a specific ideological philosophy.

Of course, all this “mystery” has also provided plenty of room for all sorts of rumors, conspiracy theories, and wild conjecture. Perhaps no newly inaugurated President has dealt with these sort of speculations in greater measure. Some people feel that the press and the more aggressive reporters have given President Obama a «free pass» regarding these and other issues. «Free passes» never last in the world of Washington D.C. Even a ninja cannot hide in Washington. It is a city given to feeding frenzies and shadowy «deep-throat» tell-alls. The physics law of «equal and opposite reactions» is on steroids there; the harder you hide, the harder you get told on. So we will see what we will see, and that is….the bottom line.